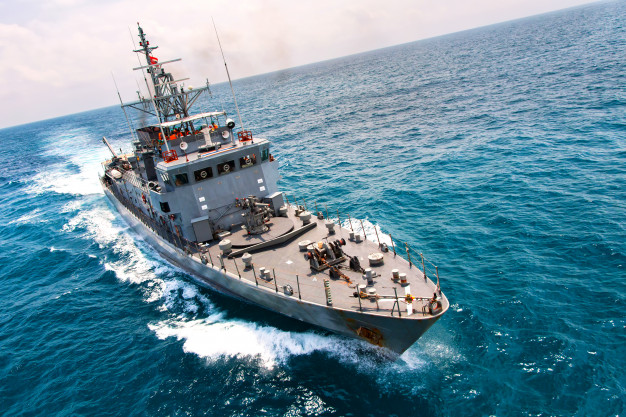 Here we are looking at the most notable jewels of the naval world war warship models available currently on the market. Battleship model kits have a special spirit, because they are not just toy models or an assembly, they are also a recreational and fun opportunity to spend quality time either alone or with your kids and family.

And the best part is that when we build these beautiful warship models, we are actually recreating history at small scale. Who knows, your model nay end up in a history museum or become a valuable collectible item in the future.

Every modeling fan would be delighted to have this type of models proudly standing in their collection. They are real pieces of art that are rich in details, images, and resemble the originals. Most of them are made out of plastic and come assembled and painted.

They also vary in size, depending on your preference, and are generally easier to make than wooden models and sailboats, which have rigging and tops, plus, the cleaning process is easier.

Naval models of War: World War I and earlier

Warships from the First World War and earlier, are the most difficult models to find.

This battleship of the Royal Navy was so new that it marked a before and after in the Naval Technology of its time to such an extent that earlier cruisers were called pre-dreadnought. The main features of this new design were the single-caliber main armament and steam turbine propulsion, making it faster than its predecessors. It is a true classic of a naval model warfare.

Until the appearance of this model, the battleships had main guns of large caliber, and many other calibers intermediate were heavily armed, but, as shown in the Russo-Japanese war, gauges, intermediate were useless because the main armament used in the battle more decisive (Tsushima) were the big guns 305 mm, as he had anticipated, the naval engineer, Italian Vittorio Cuniberti, but it was his idea that the Royal Navy is put into practice.

The kit consists of 630 pieces, so it is not recommended as a starter kit. It has an average price-quality ratio, and it is a fascinating model, that includes photo-etched parts. The assembly instructions are in English but are fairly easy to follow.

The first of the class that bears its name, this famous warship was the largest battleship ever built by Germany. It had a twin, the Tirpitz, which was assigned to the Kriegsmarine and entered service in 1940.

Their first mission was to enter the North Atlantic by surprise and attack the British and American Navy, but they were spotted by the British, who sent several warships to meet them. They met the battle in the Strait of Denmark that began on May 24, 1941, where it sank HMS Hood and almost the Pince of Wales, after which the Royal Navy put all its efforts into its destruction which was obtained 3 days later.

This model is at its height, quite large and worthy of exhibition. With more than 650 parts, previous experience in naval modeling is recommended before building the model. Although, it is good to mention that the instructions are very clear and easy to follow. It includes two seaplanes and ten rescue boats.

Iconic battleship of the Imperial Japanese Navy, first of its kind and flagship of the Japanese fleet, which entered service in 1941. It did not have much military performance, probably because of its premature commissioning, but it is undoubtedly an important piece in Japanese Folklore. Therefore, there is a museum dedicated to its memory, which has the largest static model in the world.

This ship has a spectacular design of its superstructure and an impressive amount of weapons, which make it a jewel that every naval modeler needs in their collection. We have selected these three versions of this model with the highest quality.

Pros: premium version with photo-engravings, an exhibition model that would look best when completed with the branded wooden cover, which will add a more rustic touch. However, not the most suitable option for beginners. All in all, do not doubt that every single detail will be taken care of when choosing this version.

What is the best price of a warship model?

The answer to this question is not as black and white since it depends on various things. The first thing that varies is the size of the scale, meaning, the larger the scale of the ship model, the higher the price.

Another aspect is the quality of materials and finishes. Simpler models are more likely to be cheaper. Besides, the price depends on whether they include the pedal or not.

Lastly is the brand of the manufacturer. Some brands such as Ravell, Tamiya, etc. are professional models, and their quality is always a sure success.

On the other hand, premium editions are sometimes released, which means that they are richer in detail and therefore will have a higher price.

Thus, we can find models ranging from €20 to authentic works of art and engineering that cost anywhere between €200 and €500.

How to choose the right battleship model for my level?

In this guide, we provided you with the best-selling models of warships, which also include more details and thorough explanations.

We have marked the difficulty level of each model, but the truth is that with patience, love, and commitment you can do them all regardless of your level. When we decide on a warship model, we usually want to have them all.

So, start with the one that you like the most or with the one you have less difficulties with, and little by little you will do them all.